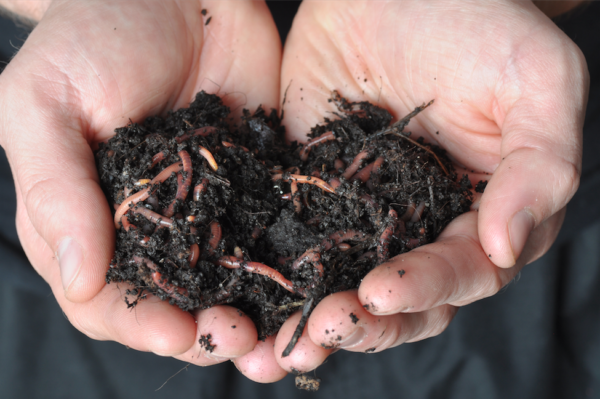 Circular Food founder and CEO, Steve Morriss, is also the founder and director of 2016 Victorian Manufacturing Hall of Fame inductee, Close the Loop (CtL), so he’s no stranger to resource recovery and circular economy thinking.

But at the end of last year, Morriss decided he had run his natural course at CtL so he turned his sights toward his passion – innovative start-ups with a strong social intent.

We started this journey looking for a new industry. The environment sector is a major passion for our family, and recycling complex waste streams is his expertise. So organic waste recycling seemed like a natural fit.

It quickly became clear that in order to feed nine billion people by 2030 we will need to halt the decline in global soil health, and putting nutrients from food and other organic waste back into our soils is essential, not optional, if we are to thrive. Combining these two facets gave us our tagline of ‘from food waste to fertiliser’.

We began our extensive research into the organic waste industry, and the more we found out, the more passionate we became. The issue of organic waste is one of the most important environmental issues facing our planet – in fact, I would argue that it is the most important. The issue is twofold; first, while huge amounts of food are being wasted, large numbers of people are going hungry. We have a growing population, and a declining agriculture industry. With current farming practices, retail practices and public mindsets about waste, we cannot feed ourselves for much longer.

Second, when food waste ends up in landfill it rots, releasing methane and carbon dioxide. If food waste was a country, it would be the third largest emitter of greenhouse gases, after China and the US. The most frustrating part about these facts is that there is no need for them. Food waste has amazing properties, which are extremely beneficial for our soils.

If we want to sustainably feed our growing population without causing catastrophic environmental damage, our farming practices must evolve. We must move away from chemical inputs, without compromising efficiency. Optimising soil health must be at the forefront of all agricultural developments.

The global market for organic food is growing rapidly. In Australia alone, it’s estimated at $1.72 billion, and growing by 15 percent per year. To meet the accelerating demand for organic crops, farmers need effective, economically viable technologies to help them successfully transition to organic production.

We decided to harness one of the most amazing natural processes on the planet – vermiculture. This is the technical name for worm farming and its products are derived from the accelerated biological degradation of organic wastes by earthworms and microorganisms.

The vermiculture industry is not new. Indeed, the industry itself is like an earthworm – humble and understated, but wielding immense potential. Although the benefits of vermiculture products are widely celebrated in scientific studies, producers have struggled with supply and consistency. The amount of product has always been reliant on the efficiency of the worm, and the willingness to apply huge amounts of labour to the task. Until now.

To get started, we acquired a respected vermiculture business called Vermicrobe International (VI) and immediately relocated its extensive worm farming infrastructure and associated equipment to a factory on the Hume Highway in Somerton in Melbourne’s northern suburbs. At the same time we installed over 50,000 litres of rainwater tanks, changed all lighting to LED, and upgraded the offices, landscaping, building façade, electricals and plumbing.

Given that large scale vermiculture projects have a history of failure all around the world, the risk was, and still is to some extent, considerable. This failure is mainly to do with scalability. As mentioned, the output of vermiculture products has always been directly related to the size of the worm farm and the man-hours put into it. Therefore, to manage our initial worm farm, the largest urban worm farm in Australia, we needed some expertise. For this task we contracted the former owner of VI and industry veteran Dave Wyatt to work at Circular Food for the next few years.

The next step in risk mitigation is innovation and so if we were to keep doing what the industry has been doing… well, we’ve already seen what has happened there. Our intention from the start has been to develop a scalable model that can convert food waste to fertiliser at multiple sites all around the country, and perhaps the world. There is no point transporting waste and fertiliser when the process can be located in any community. The concept of food miles is still relevant after the food has been grown and sold.

At our facility, organic waste is sorted on-site, screened, blended, shredded, milled and ground to a fine paste of balanced pH and minerals to provide the perfect food source for active and healthy compost worms. The patented worm superfood gives the worms a balanced diet for optimum microbe production and reproduction.

Our purpose built commercial scale vermiculture systems produce microbe-rich liquid and solid fertiliser that has become the foundation of our product range. We like to think our point of difference is what we do with the end vermiculture product.

Circular Food has developed a technology to ‘decouple’ the production of fertiliser from the worm farm itself. The concentrated liquid product is used as a starter culture, in much the same way as a starter culture for sourdough bread or yoghurt, and the microbes are multiplied in a purpose-built bioreactor.

This patented technology enables high-quality, low-cost, highly consistent organic fertiliser production. We’ve called it ‘Big Bio’, and these solid and liquid form biological fertilisers are full of microbial life, making them a unique fertiliser that adds many proven benefits to plant growth and soil health, such as improved soil water retention, conversion of nutrients into a plant available form, strengthened plant immune systems and an increase in the plant’s resistance to disease.

The R&D process at Circular Food started with an extensive search for literature and voracious consumption of as much information as we could get our hands on. There is a huge amount of peer-reviewed scientific literature on the subject of the effects of vermiculture products on soil health and plant yield, given the relatively small scale of the industry to date. We’re proud to say we currently hold two registered patents, both with global application, and both developed for the purpose of making worm derived fertiliser production more efficient than ever before. The first is the development of the worm superfood and the second is a method of growing worm-derived biological fertiliser in a large-scale bioreactor. A joint R&D project with CSIRO is currently underway, the results of which will inform improvements to existing technology and processes, to ultimately gain even lower cost production of these important natural fertilisers.

Our current challenges are numerous as for any start-up, including funding the operation before establishing a customer base able to put us into profit. Morriss has the big picture in mind and has invested heavily in the development side and is now seeking funding to employ a sales team, upgrade the bioreactor (including remote monitoring) and conduct extensive field trials in viticulture, horticulture, turf farming and grazing.

Vermiculture has suffered from the perception that it’s just a cottage industry, and that chemical fertilisers act faster and therefore must be better. The reality is now starting to hit home: soil is a living system, and chemicals kill the living biology in soil. The future is looking good, as new generations of farmers move away from chemicals in favour of restorative practices to balance and regenerate their soils.

On a global scale, vermiculture is slowly gaining traction as an industry, which seems strange for such an ancient proven technology. India appears to be leading the way in terms of published scientific papers and working vermiculture businesses. This is partially due to the low labour costs and government incentives for farmers to become certified organic.

Europe, the US and now Australia are leading the charge to develop more efficient processes for production of vermiculture products, which ultimately means that our patented technologies have a strong potential global market.