The challenge of low-income economies 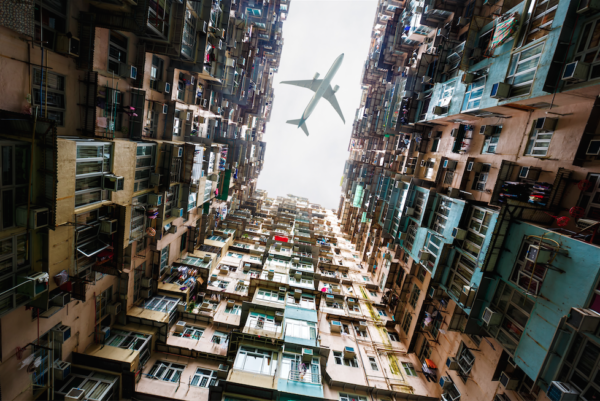 In OECD (Organisation for Economic Cooperation and Development) countries a circular economy seems just common sense. Growth rates are bumping along towards zero or very little.

Employment is becoming more polarised between the well-paid salariat and the gig economy precariat, existing in the exciting world of self- employment, zero hours contracts and unpaid internships… you get the picture. Resource issues do not simply involve volatile prices, but also the dangers of increased climate change – and waste more generally.

Something practical like an economy where making sense of energy, materials and information flows means designing out waste, rebuilding and regenerating natural capital and turning the emphasis from providing goods to providing services is not only beneficial to resource use but increases economic growth and employment.

This at least has been the conclusion of various Ellen MacArthur Foundation reports, especially ‘Growth Within: A circular economy vision for a competitive Europe’, but this is clearly suited to Europe with its highly developed infrastructure, ageing population (the old buy less ‘stuff’, but use more services), saturation of white goods and many other markets for durables (cars, furniture and so on) and effects of widespread indebtedness. It also benefits from political systems that are still sensitive to public concern and have good record of regulatory compliance.

Many or most of these conditions do not apply to low- income economies where populations are usually young, politics are of varied character (but often insensitive to democracy), regulations are inconsistently applied, infrastructure is patchy and the informal economy is important. Large numbers only subsist in rural areas and the flows to cities to escape poverty are significant.

Economic growth for some emerging markets is prosperous – India, for example – but for others, like Brazil, the decline is particularly severe and for yet others the figures are clearly unreliable.

The picture would not be complete if we failed to mention the traditional, well-established and well- developed ‘circular economy of poverty’, an economy where materials are scavenged and repairs and refurbishment are improvised in a very clever way, but where the most miserable conditions imaginable follow it, envelop it.

This is not a circular economy worth the name; it carries no nobility, nothing to congratulate since
it is destructive of people and born of necessity, not choice. In the words of Swiss architect, Walter Stahel, “In the past, reuse and service-life extension were often strategies in situations of scarcity or poverty and led to products of inferior quality. Today, they are signs of good resource husbandry and smart management.”

Yet low- and middle-income economies seem caught in many other traps. The traditional path of industrialisation leads to rising numbers of workers with decent wages, who become consumers as productivity rises. Their spending spills over into new businesses while the long-term trend leans towards the service industries, which is by far the sector employing the most people in industrialised countries.

Post World War II, 30 to 40 years of this trend built a solid middle class. But, for emerging markets, this path has been cut short, dislocated on two fronts. First, the automation of manufacturing has spread rapidly and the latest crop of robots and their application has been particularly strong in middle-income economies.

The International Federation of Robotics, an industry group, estimates that China will account for more than a third of all industrial robots installed worldwide by 2018 and Foxconn, perhaps the world’s largest electronic manufacturer, has recently displaced 60,000 workers.

Second, the very forces behind this dislocation have begun to disrupt services, just as they have done in the OECD economies. Therefore, in the face of an ICT (information and communications technology) revolution only just gaining its maturity, the services are not a safe haven for employment. Today’s shiny outsourcing and call centre office blocks in Bangalore may be tomorrow’s follies, a monument to the glory of a passing fashion.

But the partial nature of digital infrastructure in emerging markets means very uneven development  and may exacerbate the differences between rural and urban, but also rich and poor. And while in Europe and the US observers can see a resurgence of economic activity based not only on the spread of digital communication tools but also on devolved, digitally- based manufacturing – 3D printing being the usual poster technology – is this really feasible for low- and middle-income economies?

And in any case does it do the job in either place, because although it adds value locally it may not be much more than social production, if its value added does not keep pace with other economic trends. Two of these prominent trends are housing and education costs.

Real estate can be an engine for economic growth and, as a store of value, it has been hard to beat. The action in emerging markets and indeed in our own economies may have little to do with production and consumption (since overproduction is easily achieved and margins are low), but more to do with an inflationary cycle of urban real estate development.

This certainly spins off construction jobs and the ‘wealth effect’ of spending by the winners in the boom part of the cycle, but what it does for the generality is less clear, other than to up housing costs, which makes it harder to make ends meet when engaged in an occupation that, though useful, has low productivity.

Using an aggregator app to make a market among traders who want to take advantage of a ‘circular economy’ in food or materials may still be insufficiently profitable to get beyond the increased cost for housing, as productivity is low in many of these labour intensive activities.

It seems clear now that much of the concern around rising energy and materials prices in the period
after 2008 seems down to what happens when an economy the size of China triples its indebtedness in a few short years and begins the construction boom to end all booms.

The second trend is the cost of education, which in many parts of the world is increasing faster than that of health or resources. Increased supply from young demographic profiles has only sharpened competition, since the prize of a permanent salaried position is no longer as available as it was. In many ways, the holding of a degree has become a mandatory purchase: an entry ticket to the employment lottery.

In a series of upcoming articles for the Circulate website, the Ellen MacArthur Foundation’s hub for circular economy news and insights, we will examine the prospects for a circular economy in low- and middle-income economies as an interplay between a number of these major trends.

The first is the ICT revolution and how it affects production and use/consumption, employment and income in both manufacturing and service sectors. The second is the role of the informal economy, the major part of the economy of so many of these nations. This is intimately connected to the ‘circular economy of poverty’ and how to transform it into something that is more rewarding.

The third trend is the contrast between lowering costs and adding value, between the different scales of operation. For the established productive businesses, it is about lowering costs; for the devolved, the periphery, it is about adding value with what is available here and now. A circular economy has to work for all scales, but it is not necessary – perhaps – to have the same enablers.

A fourth trend is that contrast between the inflationary property and assets cycle and the depressed ‘deflationary’ effects of changing employment and low wages, coupled with low materials prices.

A fifth trend is demographic: the rising numbers of qualified and ambitious people and whether the circular economy speaks to them. The last trend to consider is the pressure coming from the environment itself and whether this plays into the case for more ‘circularity’ and how?