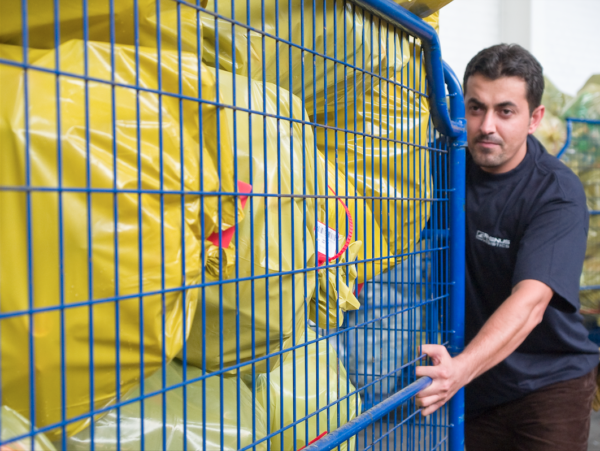 It is an exciting time for Australia’s waste management industry with several container deposit schemes (CDSs) in states and territories around the country moving closer to implementation. By 2018 it is expected that nearly every Australian state and territory will have launched a CDS.

These initiatives are an effective means by which to simultaneously increase recycling rates and significantly reduce litter, while building potential for high- value material reprocessing.

For more than 40 years, South Australia has led the way in Australia with its CDS, which currently provides a refund of 10 cents per eligible can or bottle.

This year, the New South Wales Government officially announced it would introduce a 10-cent CDS in the state in July 2017. As NSW moves closer to launching its CDS, other Australian states and territories, including Queensland, Western Australia and the Australian Capital Territory have announced schemes, likely to begin in 2018. Tasmania has also agreed to investigate a scheme.

REMONDIS welcomes both the New South Wales Government’s significant achievement of passing the CDS legislation and the other states and territories’ intentions to follow suit.

REMONDIS’ sister company in Germany is Rhenus, which is one of the co-developers of the German CDS. Rhenus and REMONDIS have been major operators of Germany’s decentralised one-way CDS for more than a decade.

The CDS initiative has proved to be highly beneficial for Germany’s waste management industry.

In Germany, there are an estimated 20 billion disposable drink containers in circulation, with deposits that are worth more than AU$7 billion. Each can, plastic or glass bottle is worth 25 Euros (36 Australian cents) when it is returned, which is paid by retailers to consumers and claimed back from the wider industry. Rhenus claims back more than AU$4.3 billion per year on behalf of its retailer customers.

To ensure the system works properly, it is crucial to trace who redeemed the containers and what brand of disposable drink container was returned. Once the beverage packages have been picked up from the collection points and arrive at the counting centres, codes and security markings are scanned. The data streams generated by this scanning are then transferred to the Rhenus centre for data processing, which forms the basis of the accurate financial management of the system handled by Rhenus.

After generating a data set from the barcode, the physical containers are then separated according to materials and colours. The last step involves processing the containers to form recycled raw material, which is fed back into the reusable materials cycle.

THE BENEFITS OF HINDSIGHT

REMONDIS believes that New South Wales and other Australian states can learn and benefit from the CDS experiences of countries like Germany.

By understanding the pros and cons of the systems implemented, New South Wales can establish a cost-effective scheme that sets the right commercial incentives and relies on innovative operators.

Therefore, REMONDIS Australia has provided a number of suggestions and considerations to relevant government bodies and working groups to assist in the development of New South Wales’ CDS framework.

The most important suggestion was to implement barcode reading technology at counting centres and reverse vending machines (RVMs) to transmit reliable data directly to a central coordinator.

REMONDIS views the inclusion of barcode reading technology as essential for any new CDS, as it helps avoid cross- border arbitrage with states that do not have a CDS, simplifies redemption and clearing, ensures accuracy and prevents more than one redemption of each container occurring.

It is also beneficial if the barcode reading technology is implemented from the commencement of the CDS – as this sets the foundation for an effective community acceptance and education process.

REMONDIS has also suggested prepayment of the deposit by the bottler, and a subsequent later settlement, to prevent liquidity shortfalls in the scheme’s operation.

Implementing a central coordinator for a CDS has also proven beneficial internationally, a feature that New South Wales intends to include when the scheme is launched in 2017.

A central coordinator running an automated barcode-based scheme can leverage economies of scale if a scheme is extended to other Australian states, improving efficiencies for all participants.

LOOKING AHEAD FOR AUSTRALIA

There is no doubt that Australia is heading in the right direction with the proposed implementation of CDSs in several states and territories, adding to the already established initiatives in South Australia and the Northern Territory.

In the years to come, REMONDIS sees no reason why Australia cannot develop an effective national system similar in nature to Germany’s operation. The key stakeholders in Australia should be aware, however, that the initial CDS set-up does not have to be a fully automated solution from the outset.

Over the past decade, there has been a constant evolution of the German CDS. REMONDIS and Rhenus have continually improved the technologies, processes and facilities used to allow the German CDS to become the highly developed and cost- efficient system it is today.

Governments considering CDSs can now benefit from the lessons of past schemes. As the German example shows, it may be a system that develops over several years.

To foster this evolutionary process, we believe that the correct incentives and basic infrastructure need to be established from the outset, allowing for a commercially efficient expansion and sophistication of the initiative moving forward.

Written by Susann Noé, who is the Business Development Manager at Remondis Australia, who recently moved from Germany to Australia.

This article originally appeared in issue 5 of CWS magazine. Get your free, obligation-free trial to the mag here.