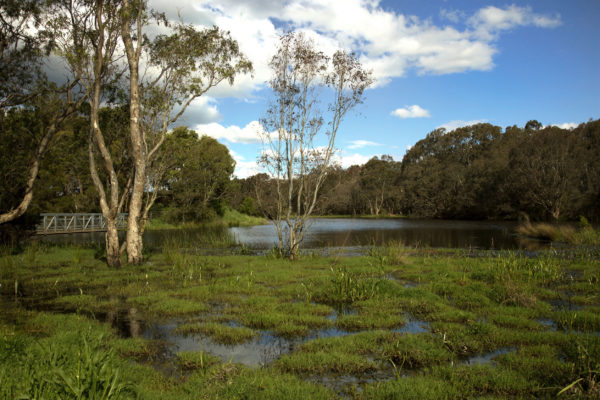 The company has now been fined more than $40,000 by EPA since December 2014 following previous offences under the Environment Protection Act 1970 (the Act) where it stored waste that it was not licensed to receive at its premises.

“An EPA officer was able to trace the pollution back to the premises of VIP Steel Packaging where it was found to be entering a stormwater pit. The officer then attended Kororoit Creek and found two large ponds full of white liquid with the same type of odour and contaminants,” says Hunt.

“The officer issued a direction that required the company to immediately stop the discharge, to clean up the stormwater system and to assess Kororoit Creek for clean-up. Samples were also taken to confirm VIP Steel Packaging as the source of the pollution.”

Hunt says the spill from the site was avoidable and that the company had shown complete disregard to the local environment, until the issue was pointed out by EPA after which they cleaned up the contaminated water.

“The company is well aware of its obligations and should have had systems in place to prevent an environmental hazard such as this occurring,” Hunt says.

“This waste has certainly impacted on local amenity and could have had acute toxic effects on aquatic organisms, especially fish and plant life in local waterways if it had come into contact.”

Hunt says the spill had been caused by a mechanical fault that led to an overflow of the liquid from the premises into the stormwater pit.

“The company organised the removal of thousands of litres of contaminated water from the ponds and stormwater system as required under the direction issued by EPA,” Hunt says.