Great Inventions in FM: the history of pneumatic tubes 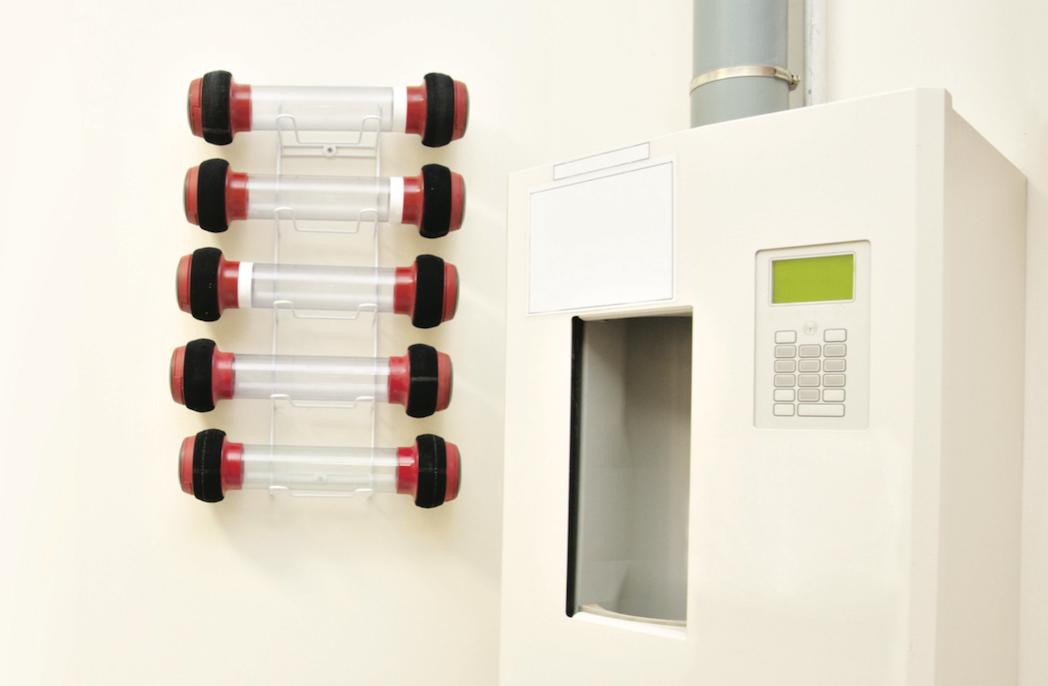 For this instalment of Great Inventions in FM, we look at pneumatic tubes, which have been sending people, items and messages from place to place for more than 100 years.

Pneumatic tubes, those quaint reminders of a bygone era, seem to have had their origins in trying to move people. In the early 1800s, as captains of industry tinkered with locomotion, it’s not surprising that pneumatics were tested for transport. The pioneer of the pneumatic tube concept itself was Scottish inventor William Murdoch in the early 1800s, who would later develop systems for the London Pneumatic Dispatch. In 1812, one G Medhurst of Soho of London published his own ideas in the descriptively-titled ‘Calculations and remarks, tending to prove the practicability, effects and advantages of a plan for the rapid conveyance of goods and passengers upon an iron road through a tube of 30 feet in area by the power and velocity of air’. In it, he outlined the “power of air in forcing heavy bodies through a tube,” and how it’s exemplified in air guns or artillery, “where balls of immense weight are instantaneously forced into such rapid motion, merely by the strength of the air,” before outlining how the same concept could be applied to a carriage in a human-made tube.

These early concepts gave way to practical use – the most notable of which was the Beach Pneumatic Transit of 1870. The project was the brainchild of inventor and Scientific American editor Alfred Ely Beach, who demonstrated the system at the American Institute Fair in 1867 and put it into operation beneath New York City by 1870. With one subway station and 300 feet of underground track, the demonstration blew along the tunnel for three years and, according to NYC Subway’s history pages, hosted 170,000 passengers in that time. Moving people over long distances with the power of air proved impractical and was all but surpassed by steam rail, which was advancing over the world. For small packages, however, it was another story.

Cities in North America and Europe adopted pneumatic tubes to disperse mail along limited tube routes in the late 19th and early 20th centuries. Berlin’s system stretched to an impressive 400 kilometres of tubes, users in Italy had to purchase separate stamps for the Posta Pneumatica and Prague’s underground system only ceased operation after a flood in 2002. But, for the most part, as with transporting people, advances from competing technologies – this time truck delivery – saw the tubes come in second place.

Tall office buildings began filling the cityscapes in the 20th century and it wasn’t until this new era of dense, vertical occupation that pneumatic tubes truly come into their own. Generations before email or even fax, office workers could send and receive documents and attachments in seconds. The tubes were efficient and time-saving but did run the risk of becoming waterlogged or even blocked when over-used. Lamson tubes, as they became commonly known, named after William Stickney Lamson who invented his Lamson Cash Carrier in 1879, became part of the furniture in office buildings, retail department stores and in government departments.

They were used in NASA’s Mission Control during the Apollo missions – “NASA is just like any office”, an Atlantic brief pneumatic tube history points out. The tubes enjoyed their heyday and only fell out of mainstream favour with the accelerated communication technology advancements of the second half of the 20th century. Despite their rise and fall, pneumatic tubes have by no means vanished completely. They are still widely used to distribute cash, such as in the drive-through banks of the USA, and medicines and samples around hospitals and research facilities the world over.

Finally, it’d be tricky to mention the present (and perhaps future) of pneumatic tube technology without touching on Elon Musk’s proposed Hyperloop Alpha. Taking the core elements of the earliest pneumatic transport concepts (tube, pod, air) and adding a few modern day tweaks (substituting wheels and track for air bearings, and toying with air pressure and an electric compressor fan), Musk in 2013 devised a plan for which he believed the optimum speed was around 1126 kilometres per hour. In January 2017, August 2017 and July 2018, Musk’s corporation SpaceX hosted the first three SpaceX Hyperloop Pod competitions, in which teams from around the world aimed to set the highest pod speeds.

The fourth instalment in July 2019 saw the Technical University of Munich set the speed record of 463.5 kilometres per hour in the 1.6 kilometre-long SpaceX Hyperloop system. While no hyperloop system is currently in public use, big investors like Virgin and SpaceX are driving the technology forward. Who’s to say the pneumatic tube’s best days aren’t still in the pipeline?