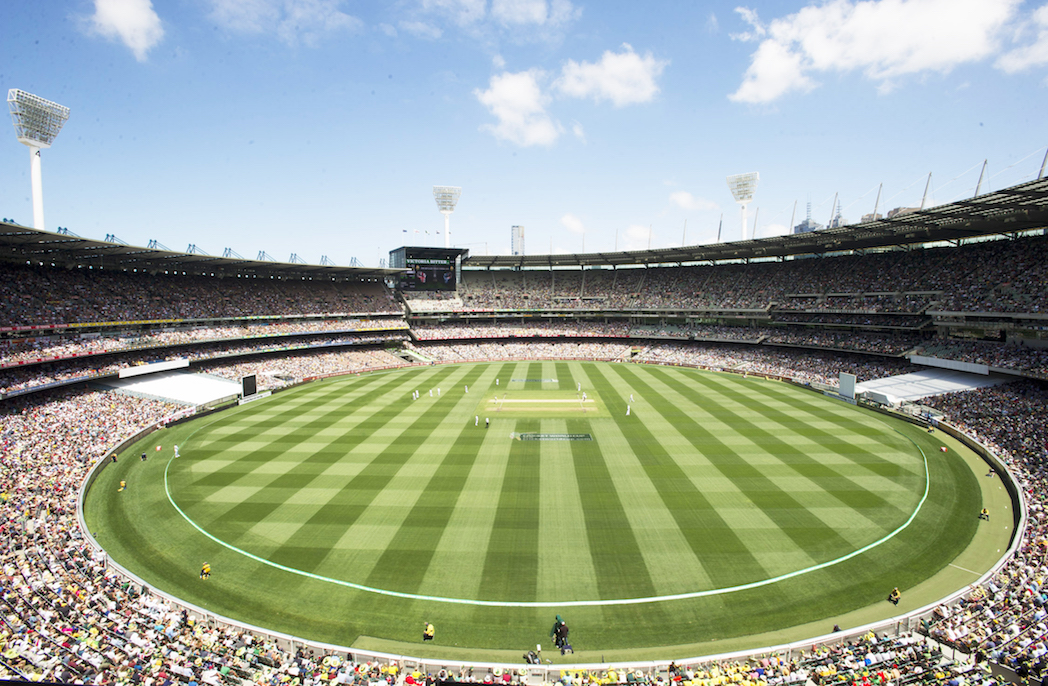 Behind every venue is a facility manager working tirelessly to make magic moments happen. This time in Iconic FM, we speak with Peter Wearne, general manager of facilities at the Melbourne Cricket Club, about his time spent and unique challenges at the hallowed arena.

How did you come to work at the MCG?

I was actually doing some private consulting work. Someone I worked with referred me to a recruitment agency, which was looking for someone for a three-month contract at the MCG leading up to the 2006 Commonwealth Games, to manage some of the major projects in the facilities area. I went and did that role for three months. During that period the CEO at the time, Stephen Gough, asked me if I was interested in staying. The rest, as they say, is history. I’ve been GM of facilities since mid-2006.

What are some of the building’s notable features?

I suppose its size, for one. It’s 200,000 square metres and has nearly 3,000 different spaces within the venue. It’s a very, very complex building, purely because it’s actually two buildings in one. It’s the Southern Stand that opened in 1992 and the Northern Stand, which is three stands in itself, which opened in 2006. They’re virtually two different buildings, making it very complex from the electrical infrastructure, water, building management and asset management points of view.

It’s a venue with a long history but new buildings and amenities. What special considerations must be taken to cater to each?

There’s also the fact that part of it is a Club. There’s the Melbourne Cricket Club (MCC) area of the stadium. It’s about trying to maintain the balance between the heritage and the history of the MCG, but also to make sure that we’re giving patrons the best possible experience. It’s about finding that balance where we’re respecting the heritage and history of the venue but also making sure we’ve got the latest and best possible facilities that we could have – such as wi-fi throughout the venue and we now have 5G. That’s the challenge.

Are there any unusual features people may not expect about the MCG?

I don’t think people would be aware that the MCC, my employer, also manages Yarra Park outside the MCG. We constructed an underground water recycling facility out there. There’s a two-storey, below-ground water recycling facility out in the middle of Yarra Park. Under the external concourse of the stadium, on the northern side, there’s also a 1.5 million litre water storage tank. Most people will have walked over the top of that but wouldn’t know that it was actually there.

How do you prepare for the venue’s huge crowds and intense foot traffic?

The first thing we would do is a raft of pre-event checks. A lot of those checks are physically walking the venue. We divide it up into levels and areas, then send members of my team to physically walk the areas and rooms, to have a look at everything and make sure everything is how we would expect it to be. But we also have a raft of preventative maintenance activities that happen, during the week, all through the year. We also do regular condition assessments. All of our spaces and all of our infrastructure is regularly assessed for its conditions. We have a pretty extensive asset replacement strategy where we make sure all assets are in good, working condition. All of this means we’re really confident when we do open the venue for people to come here. For the MCC, it’s probably easier than for other venues – since we have so many events – three million people a year come through the MCG for roughly 80 event days – we don’t have a downtime. This means we’re always using all the assets and using the venue. We’re always testing things because of that.

Have there been any large projects since you’ve worked there?

A huge amount. I came in at the tail end of the Northern Stand rebuild. Since then, for all of our facility projects I’ve sat on the Executive Group. We have done a concourse extension over Brunton Avenue, a water recycling facility, which including Yarra Park, was about a $24 million upgrade. We also completed a major refurbishment to the Great Southern Stand. The National Sports Museum has just undergone a major refresh and is now known as the Australian Sports Museum – the original construction was $25 million and we just spent another $15 million refurbishing an upgrade. We’ve done a major smart stadium project which is all about installing wi-fi, a fibre backbone and all new IPTV, which was about $45 million. We’ve also recently completed a PA system upgrade worth $22 million. Most recently we’ve commissioned, and finished in time for the T20 Women’s World Cup Final, the replacement of all our sports lighting with LED sports lights. All the light towers and all the lighting that’s underneath the roofline have all been replaced; that was an $11 million project. We’ve done two energy performance contracts to reduce our energy consumption. There have been a lot!

What other challenges come with your job?

I think the biggest challenge at any place of mass gathering is on the security side. That’s an ever-changing environment – keeping on track and making sure we’ve got a good security master plan and that we’re doing our best to maintain the venue in the most secure state we possibly can for the safety of our patrons. The environmental challenge is also there. We’ve done a lot of work in the sustainability space, a huge amount of work to reduce our energy consumption, probably by about 30 to 35 percent. Our recycling rates are getting close to 80 percent. We’ve reduced our water consumption by around 50 percent.

What have been your highlights over the last 14 years?

Lots of test matches and AFL Grand Finals and ANZAC Days. One that probably sticks out for me, and it goes all the way back to 2006, was Kerryn McCann when she won the Commonwealth Games women’s marathon. Unfortunately Kerryn has passed away but I remember at the time she said that she had come into the stadium and had settled for second place, but the noise of the crowd literally got her over the line to win the Gold Medal. That’s one. I was there on that night, it was fantastic. The other one was back in 2009 with the Sound Relief concert – which we put on as a result of all the bushfires that had happened in Victoria and floods in Queensland. To be there from the very start all the way through to the actual concert going ahead, with only about a month’s worth of organising, was pretty amazing.