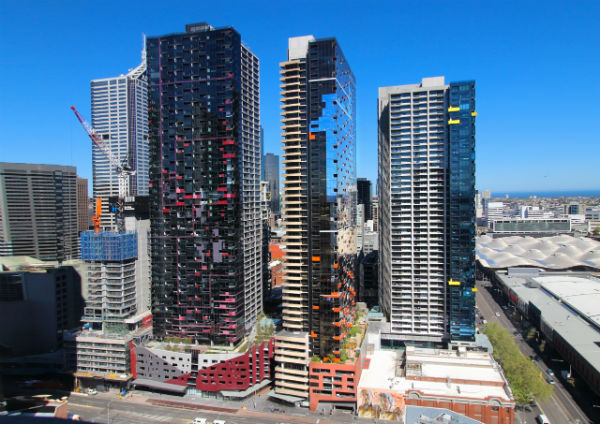 Multiplex has delivered the $160 million Tower Three of Far East Consortium’s Upper West Side in Melbourne’s CBD, marking the completion of the $550 million project.

Upper West Side comprises 2207 apartments across four towers and is one of Australia’s largest inner city developments, capable of housing approximately 4000 people.

Completion of the podium landscape area to Tower Three is expected by mid-November and will make the combined area of all towers one of the largest raised green roofs in the southern hemisphere.

Being almost an acre in size, the landscape zones provide residents with unique features such as a rock climbing facilities, all while being surrounded by botanically inspired plants and some 20-25 year old trees.

“We are delighted to have completed the final stage of Upper West Side. Throughout all four stages of the project, we have drawn on our extensive experience in delivering high rise towers amidst a busy CBD environment,” said Graham Cottam, Multiplex Victoria regional managing director.

Staged handovers posed a challenge to construction, with residents moving into a portion of the building while minor construction continued on the upper levels.

Some 4500 people worked on-site during the overall construction of the four-tower project, spanning close to six years of construction in total.