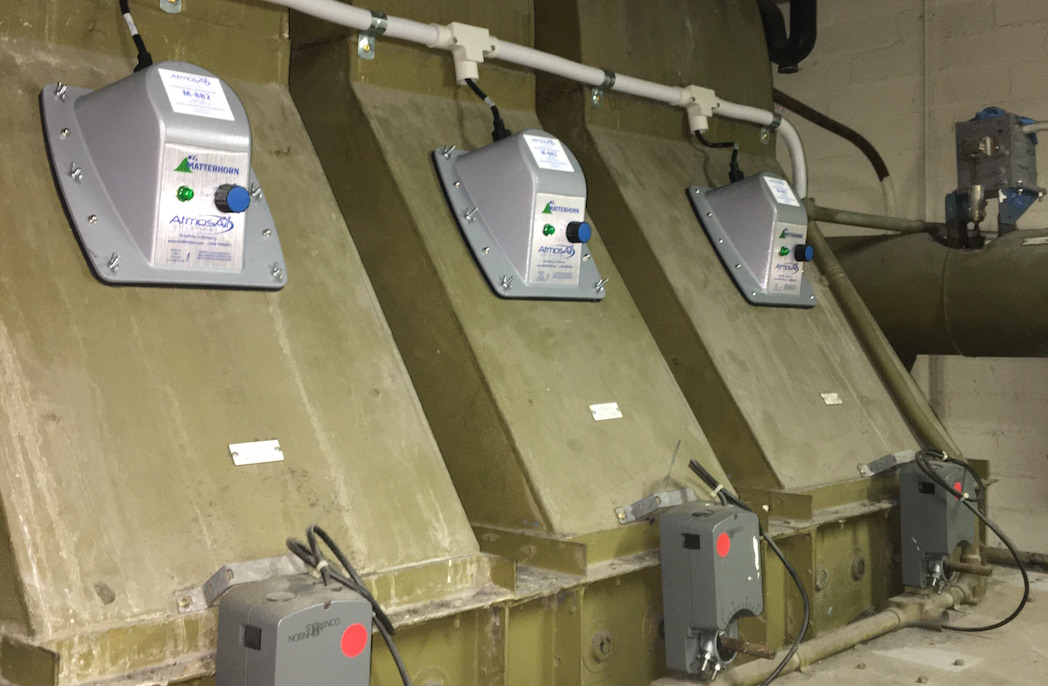 A commercial building in Brisbane has installed bipolar ionisation into its HVAC systems to disinfect occupied spaces and the surfaces within them.

Johnson Controls’ new AtmosAir system is intended to protect returning staff and occupants. The solution has been brought to Australia to meet demand for products that can help VOCs (volatile organic compounds), mould, bacteria and viruses circulating through indoor air systems, including commercial air-conditioning.

The system restores oxygen ion levels and reduces the risk of germs infecting people by continuously disinfecting the air in the occupied spaces. It is currently in use in the US at some Google headquarters buildings, JFK Airport in New York City, Chicago O’Hare Airport, Hilton hotels and select Deloitte offices.

Bipolar ionisation technology allows airflow to pass through a bipolar ionisation tube that energises the air to form positive and negative air ions. The airflow then distributes the energised ions into all of the spaces served by the duct system in an in-duct installation or into the applicable space, if a stand-alone.

Johnson Controls retrofitted the nine AtmosAir bipolarisation ionisation air purification units to the air handling units that supply air to three levels of the commercial Adelaide Street office site in Brisbane. Each unit is controlled via an air pressure switch that ensures the system only activates when the HVAC system is running.

The AtmosAir units are available in various configurations to suit the required air supply requirements of each installation. Each unit has between one and eight tubes, which are intended to be mounted in the supply air duct or air handling system of a heating, cooling or ventilation system.

Johnson Controls claims its disinfection of occupied spaces results in a significantly healthier workplace when compared to alternative air purification technologies that only clean passing air and not the areas or surfaces where people live and work directly.

Following the installation, the occupants reported noticing the air ‘feels fresher’, says a Johnson Controls media release, with independent testing undertaken at the site before and after the system was installed confirming the system had resulted in cleaner air. The purpose of testing was to determine if installing AtmosAir into the supply air ducting would reduce airborne microbial levels and airborne particulate levels.