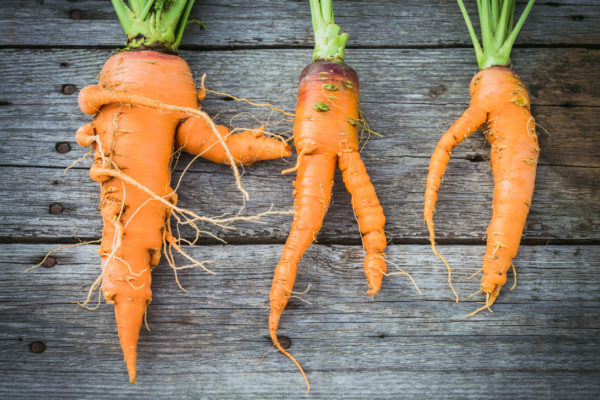 Countdown, New Zealand’s version of Woolworths, has launched its waste reduction initiative The Odd Bunch, where misshapen or ‘ugly’ fruits and vegetables are sold to consumers at a reduced price.

Around 25 percent of edible fresh produce is thrown away due to visual imperfection or cosmetic damage every year in Australia. The Odd Bunch initiative is aimed at helping to cut this food waste, use more produce from local growers and make healthy food more affordable for consumers. It is the first of its kind in New Zealand.

The Odd Bunch fruits and vegetables will be pre-packaged in polyethylene, a single resin recyclable plastic that can be recycled in selected stores as part of Countdown’s soft plastics recycling programme. The produce availability will be based on both the season and supply, and stock will vary from store to store depending on these factors.

The Odd Bunch launched in Australian Woolworths stores in late 2014 and has proven to be a successful campaign.

Woolworths Australia partnered with OzHarvest in 2015 in a commitment towards eliminating its food waste sent to landfill by 2020, in a commitment that also included seeing edible food waste distributed by a number of organisations and other waste used for animal feed, commercial compost and power generation.

“The Odd Bunch produce is just as delicious and good for you as its ‘perfect’ counterparts but will be cheaper to buy, putting dollars back into the pockets of Woolworths shoppers and helping Australians increase their consumption of fresh food,” said Woolworth Australia when it launched the program.

Countdown is the first New Zealand supermarket brand to sell ‘ugly’ fruit and vegetables at a national scale.

The New Zealand supermarket is also a supporter of Love Food Hate Waste, an initiative that is working towards reducing household food waste. For some ideas on how to store or use up your left over fruit and vegetables, check out the Love Food Hate Waste hub.