Sydney and Melbourne’s co-working trend on the rise 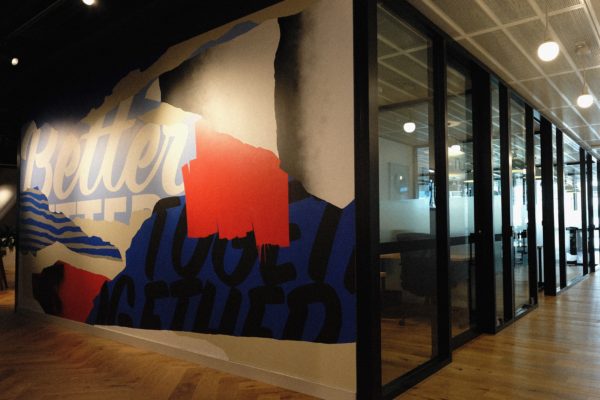 The rapid rise of co-working spaces continues in Australia. In the same week during October, co-working pioneers, Hub Australia and WeWork, opened new spaces that have significantly expanded the presence of the innovative workplace strategy in Australia.

The latest expansion of co-working spaces in Australia follows research earlier this year from commercial real estate company JLL, which identified co-working had grown from 75 spaces globally in 2007 to 7800 spaces in 2015.

According to Hub Australia, the HASSELL-designed Southern Cross co-working space leverages years of learning, combined with design-driven facilities that have traditionally been the domain of large corporates.

Hub Australia chief executive officer and founder, Brad Krauskopf, says that since the company’s launch in 2011 the co-working industry has rapidly evolved.

“From origins supporting freelancers, co-working spaces are now attracting small- and medium-sized businesses that are flocking to enjoy the business benefits of being part of a co-working community, and the flexibility to choose a space that suits the stage of their business growth,” Krauskopf says.

With space for up to 700 members, Hub Southern Cross has a variety of areas for one to 20-person teams, including private offices, open plan dedicated and flexible seating and, for larger company members, bespoke spaces that can be customised to suit.

There will also be more than 20 differently styled bookable meeting spaces. Other on-site features include fast internet, a 50-plus-seat café, a gym, bike parking, relaxation space, media room, hundreds of plants, a member gallery and an event space for up to 100 people.

HASSELL principal Sean Bett says the design celebrates the Heritage building and features curated pieces to create a comforting sense of belonging and a home-like feel.

“It’s a home where businesses can grow. The space is vibrant and varied to appeal to a wide range of Hub Australia members, who can choose from a range of working spaces, including communal kitchen tables and enclosed studios,” Bett says.

By the end of 2016, Hub Australia plans to support 1000 workers in Melbourne, Sydney and Adelaide to grow their businesses through its co-working spaces.

Meanwhile, WeWork has opened its first location in Australia at 5 Martin Place in Sydney’s CBD. WeWork, which has more than 100 physical locations in 12 countries, provides more than 70,000 members around the world with space, community and services through physical and virtual offerings.

WeWork’s first Australian space is in Sydney’s iconic ‘Moneybox Building’. The design takes cues from the building’s banking history, including the hot desks on the main floor being inspired by old bank teller desks.

The co-working space is expected to home more than 700 new WeWork members, who will also gain access to the 100- plus other locations around the world. WeWork Martin Place features wi-fi throughout the space, coffee, water and beer from local breweries.

“WeWork encourages collaboration through the design of its locations (ample common space, glass throughout), the community team, programming and events, and the digital network. We see that more than 70 percent of WeWork members collaborate with other members,” the company states.

WeWork plans to open a second location, with the capacity for at least 1800 members, at Pyrmont in Sydney by the end of the year.

Earlier this year, JLL workplace strategy director Dinesh Acharya said in a report that an increasing number of companies across the world were realising the value that a co-working environment provides with respect to flexibility, collaboration and inspiration.

“Companies can realise additional benefits by paying for space ‘just in time’ to increase flexibility and reduce CRE (corporate real estate) costs, and by expanding social networks and reinforcing community to drive increased staff engagement. Co-working is becoming increasingly accepted and sought after by a diverse pool of businesses and is no longer a practice deemed exclusive or only applicable for start- ups,” Acharya said in the report.

“It is important for organisations to assess the suitability of a co-working environment for their business model and monitor the risks this type of environment could pose, as part of a strategic corporate real estate and portfolio strategy. However, with an estimate of one million people to be co-working globally by 2018, this is a testament to how far the practice has evolved since its beginnings. We expect its prominence and success in the Australian market to continue growing in the near and medium-term future.”